A special twinning was celebrated on 21 October: the Basilica of São Miguel Arcanjo, in Brazil, dedicated to the powerful Archangel, was linked to the Sanctuary of Monte Sant’Angelo, founder of the Michaelic cult in the Christian West.

The history of the city located in the state of São Paulo is simple but, at the same time, suggestive and full of faith. Born as a fraction of the larger Itapetininga, it immediately experienced a great devotion to San Michele, in whose honor a chapel was erected. In the last decade of the nineteenth century it officially became a municipality and took the name of the patron angel who, on several occasions and with signs recognized as prodigious by the whole population, showed his condescension and protection. Above all, the cessation of the civil war which took place on 29 September.

Events that have a remarkable analogy with those that occurred on the Gargano and that connect the Sacra Grotta not only to the most famous places in Val di Susa or Saint-Michel, but also to communities separated by an entire ocean.

Precisely the four apparitions of the Celestial Prince are the inspiration for the construction of a new church in the Brazilian town: it will really be built in imitation of the Celestial Basilica and will develop on four floors.

For this reason, a delegation of the faithful, headed by the rector Fr. Marcio Almeida and the municipal councilor Fábio Jacob Pezzato, made an intercontinental flight and reached the feet of the Archangel to entrust herself to him and implore blessings.

After the liturgical reception in the upper atrium, the solemn bilingual concelebration took place in the morning, in which Fr. Ladislao Suchy donated a stone from the Spelonca which will be placed in the foundations of the new building.

In the afternoon, then, a moment of sharing took place in the Auditorium which also recorded the participation of the Archbishop of Manfredonia – Vieste – San Giovanni Rotondo, Mons. Franco Moscone, of the Councilor for Culture of Monte Sant’Angelo, prof Rosa Palomba, and of various “mountain people”: these presences have sanctioned a relationship of brotherhood and, so to speak, “of people” that crosses borders and distances and is substantiated in the common devotion to the Defender of God. 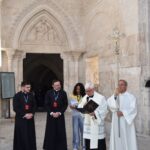 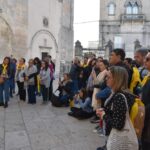 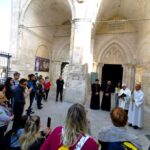 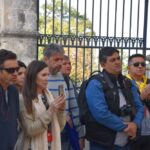 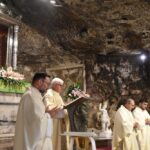 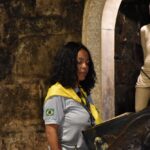 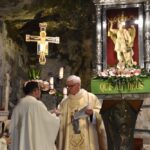 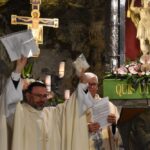 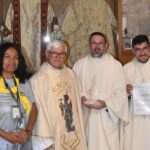 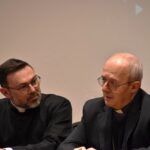 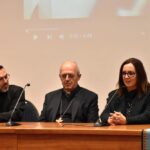 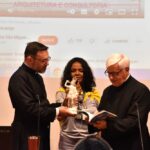 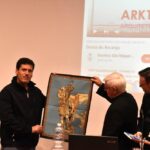 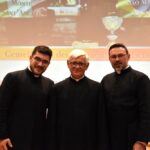 Your ticket for the: An intercontinental twinning