An ancient and new volume on the Bronze Doors

At the end of the dense religious and cultural program dedicated to the Archangel in the days of his September Feast, the volume “The bronze door of the Royal Palatine Basilica of S. Michele in Monte was presented on 8 October in the Auditorium of the Sanctuary. Sant’Angelo “.

The large portal has been for centuries the object of studies and, above all, of admiration: a gift from a rich Amalfi merchant, Pantaleone of the noble Mauroni family, it represents an artistic jewel, whose beauty is preparatory to the beauty of the encounter with God and the his Archangel who is experienced inside the Sacred Grotto.

Made in 1076 in Constantinople, the Doors contain twenty-four orichalcum tiles (alloy of copper, zinc, lead and silver) which represent, almost like a “biblia pauperum”, some scenes from the Old and New Testament, as well as episodes of the foundation of the Sanctuary. in which the angels and the Archangel Michael are protagonists.

The work of Prof. Gioia Bertelli, of prof. Domenico Luciano Moretti and prof. Marcello Mignozzi has integrated, with a new scientific analysis, the publication drawn up at the beginning of the century by the local historian Giovanni Tancredi.

After the greetings of the Rector of the Basilica, Father Ladislao Suchy, of the President of the Gargano National Park, prof. Pasquale Pazienza, and the Mayor of Monte Sant’Angelo, dr. Pierpaolo D’Arienzo, prof. Pasquale Favia, from the University of Foggia, Prof. Immacolata Aulisa, from the University of Bari, and the authors illustrated the various steps in the making of the book, from conception to printing, underlining the historical, religious and political references of the book. era in which the Doors were commissioned and created, and describing many meanings (some unpublished).

Furthermore, for the first time, the color photos of all the panels, recently restored, and, thanks to a highly technological work, the original virtual appearance of the entire structure were presented. 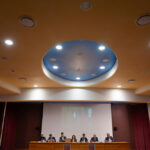 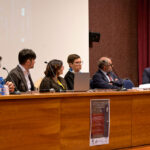 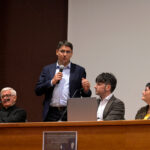 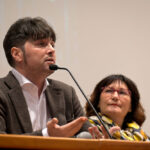 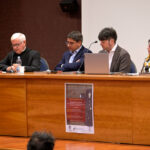 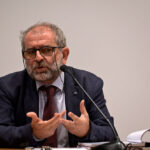 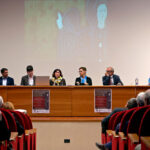 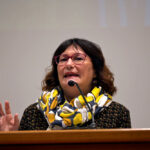 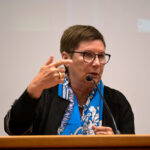 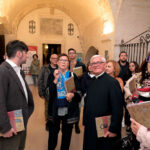 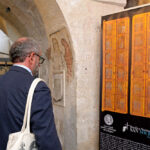 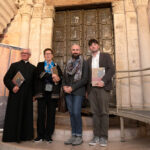 Your ticket for the: An ancient and new volume on the Bronze Doors

An ancient and new volume on the Bronze Doors