“Feast of…”: meanings and protagonists of 8 May

“I believe that there is no better way to introduce today’s solemn ceremony than by repeating the significant words that can be read at the upper entrance of the Basilica:” Terrible and wonderful is this place; this is the House of God and the Gate of Heaven ”. It is astonishing to see what divine mercy has granted us by electing the Sacred Grotto as the temple of his abode through the presence and action of the Prince of Angels. It is astonishing that this devotion has spanned the centuries remaining intact in the trust and consideration of pilgrims and visitors of every time and place; the monuments and works erected by man arouse wonders, increasing their value also in the field of culture and art. Every year on May 8, in the ancient tale of the apparitions of St. Michael, the pride of this city, born to crown and guard a sacred place consecrated by the same Angel, is revived “.

This short passage, extracted from the rector’s greeting, Fr. Ladislao Suchy, at the beginning of the solemn Eucharistic Concelebration on May 8, fully summarizes the meaning and importance of the “May Feast”: a celebration of faith, for praise and thanksgiving to the Most High; feast of the Epiphany, as the manifestations of the Archangel are commemorated; feast of the City of Monte Sant’Angelo, which recalls his birth; feast of pilgrims, who for centuries come penitents and querulous in the Sacra Spelonca.

A “family celebration”: faithful and devotees, in fact, attracted by the message of St. Michael, unite like a large family that travels the streets of this world with their gaze turned to heavenly bliss, to the goal of holiness.

For this reason, and in preparation for the great event to be held in Rome from 22 to 26 June, the preparatory novena had as its theme “St. Michael, defender of the family”.

“The family is the object of a violent attack by the evil one, as it represents the foundations of society and of the Church itself”: this is the assumption from which Fr. Antonio Cofano developed and offered his meditations to the ecclesial, local and diocesan communities gathered in the Basilica. With an immediate and empathic style, the Franciscan preacher brought concrete examples and suggested solutions “within everyone’s reach” concerning family life, the education of children, parental respect, consideration for grandparents, from the point of view of faith and holiness.

The last day of the novena was also characterized by the conclusion of a special pilgrimage-walk: the Gargano sanctuary, in fact, was the final stage of Matteo Gamerro’s journey, over 1500 km long. An initiative, entitled “It can be done”, particularly suggestive as the protagonist is affected by multiple sclerosis: aboard a joelette (halfway between a cart and a bicycle) and supported by four people, he wanted to travel the Via Francigena to “tell” an even more beautiful journey, «called life: something stupendous that no one has the right to waste even a second of».

In the midst of the war in Ukraine, the Pastor of Manfredonia – Vieste – San Giovanni Rotondo, Msgr. Franco Moscone, delivering the homily in the Eucharist of May 8, quoted St. Michael, indicating him as the One who can teach humanity to “arm themselves with Christ and his gospel: that is, the weapons of the beatitudes, of mercy, of welcome and solidarity “. And, quoting Pope Francis, he wished that “war be erased from the history of humanity before it is war that erases humanity from history”.

The solemn day was concluded by Msgr. Domenico D’Ambrosio, Archbishop emeritus of Lecce and former Pastor of the Diocese of Sipontino – Gargano: “I thank the Lord for the gift of this Eucharist in the place sacred to St. Michael and to the devotion of all of us who are linked by a unique relationship with the Prince of the Angels: I think that, perhaps, together with my mother’s milk I also drank the devotion to St. Michael ». Not a simple devotion to the powerful Archangel, but “a sure and strong presence that accompanied my entire priestly and episcopal itinerary: may he guarantee us all his constant protection” because “strong in this unique patronage, we can feel committed to manifesting with our life the primacy is the absolute of God in our existence “. 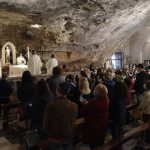 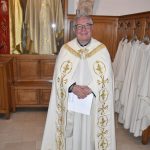 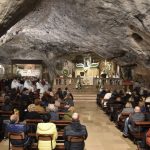 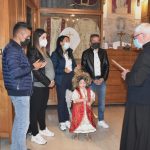 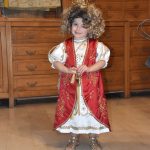 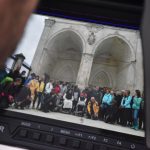 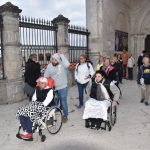 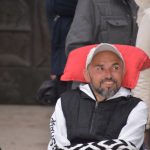 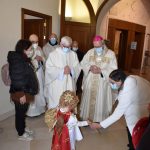 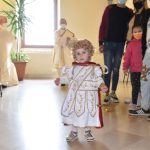 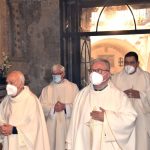 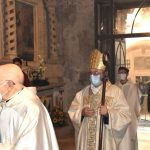 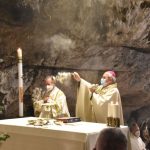 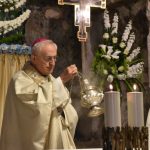 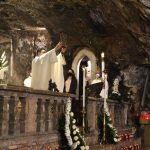 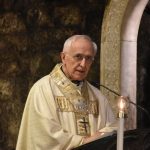 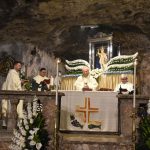 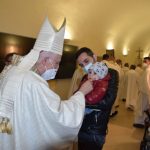 Your ticket for the: “Feast of…”: meanings and protagonists of 8 May

“Feast of…”: meanings and protagonists of 8 May