Protector of the City

The Celebration of September 28th officially inaugurates the Celebrations in honor of San Michele: a moment very much felt by the population as it is considered as the “intimate” meeting between the City and its Patron.

The traditional offer of wax (better “of the candles”) on the part of the governmental citizen bodies represents in fact a trust to get back under the protection of the Archangel who, as expressed by the rector, P. Ladislao Suchy, «over the years has defended and guaranteed, through alternate events, serenity and the possibility that this place always kept its splendor and its integrity».

Thus we can clearly understand the great participation of the mountain people – young people, adults, children, the elderly, authorities, citizens, soldiers, associations – in this liturgical and devotional event.

The Mass was presided over by Mons. Domenico D’Ambrosio, who for years – as he himself recalled – does not miss his presence on this occasion: «Not even the 340 kilometers that lead from Lecce lead me here: for eight years I have been faithful to this commitment to join the offer of the city of Monte Sant’Angelo of the candle, of light, in the singular and unique angelic patron».

The Archbishop Emeritus of the capital of Salento, in his homily, focused on three of Michael’s own characteristics: the first, taken from the Book of Daniel, is that of being “watchful guardian” of men; the second, from the Apocalypse, is his fight “against the dragon, against the one, that is, who wants to divide us and separate us from God“; the third, inspired by the Gospel, is his work of “gathering all the scandals and all the iniquities and throwing them into the fiery furnace to make the beauty of justice and holiness shine.”

As a further testimony of the love for the Archangel, the prelate wanted to offer his episcopal ring which will be kept in the Basilica.

Symbol of the struggle with the evil one and recall to the Word of God, which penetrates like a blade, a sword, made in imitation of the one placed in the hands of the Statue of Sansovino, was donated to the Mayor of the City: work of the local craftsman Giuseppe Ricucci , it constitutes a sort of “relic” and a warning to inspire every action of government to the message of the Celestial Protector. 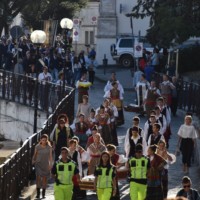 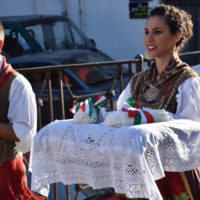 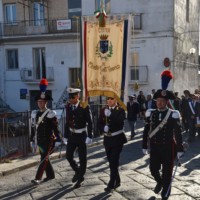 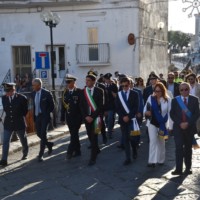 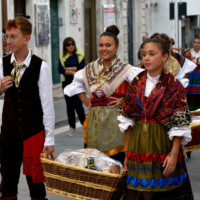 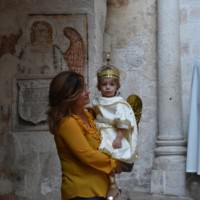 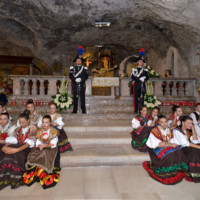 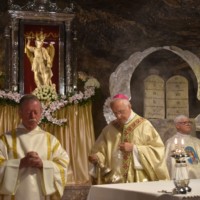 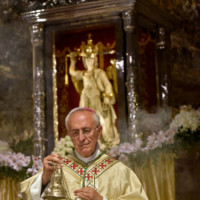 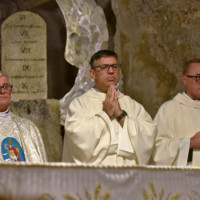 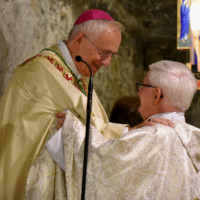 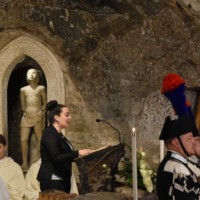 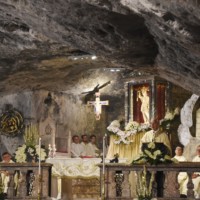 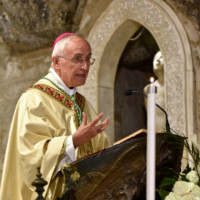 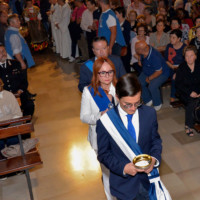 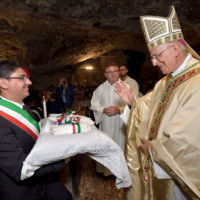 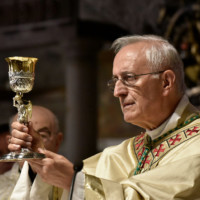 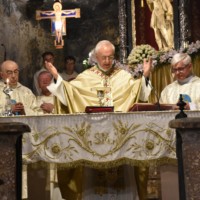 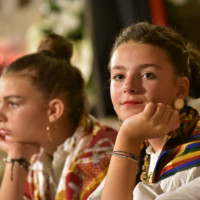 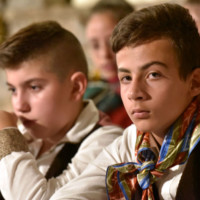 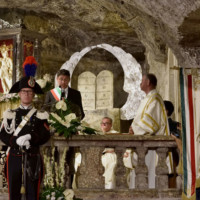 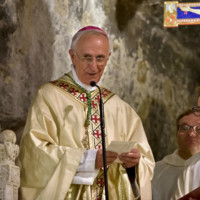 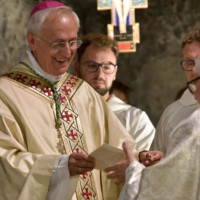 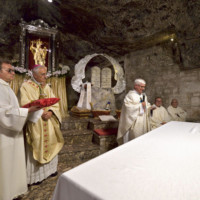 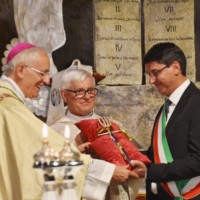 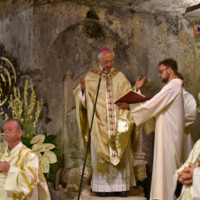 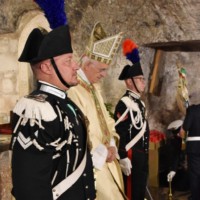 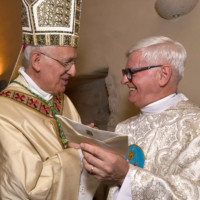 Your ticket for the: Protector of the City

Protector of the City