“Michael remember us in his heart”: card. Tagle at the Sanctuary 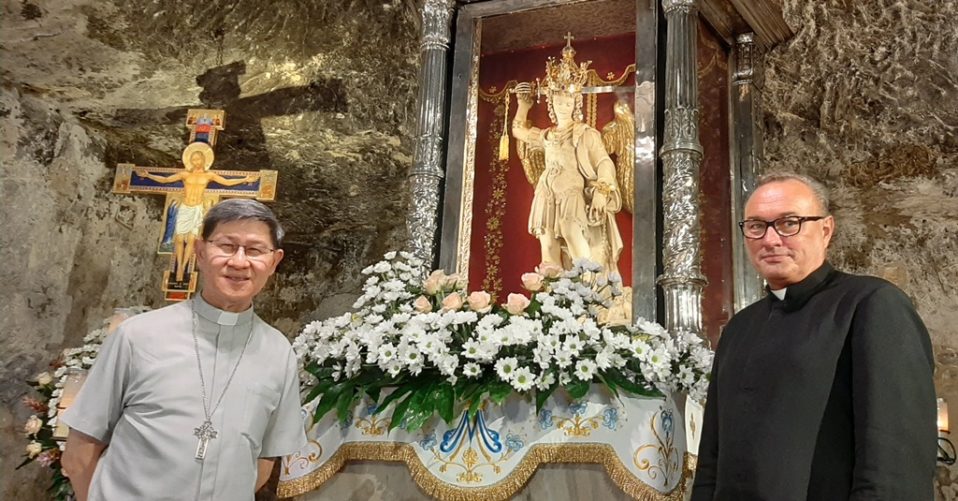 On the afternoon of August 14, Cardinal Luis Antoni Tagle arrived at the Shrine.

A visit that would be defined as “informal” and in a holiday period, but which actually has a very profound meaning.

Recalling his first meeting with the Archangel on the Gargano on the eve of the Conclave of 2013, the Prefect of the Congregation for the Evangelization of Peoples defined this second pilgrimage of his as “community”: «The Lord has given me the grace to reach this place special: here I want to bring all the intentions and desires of those who cannot be there and pray for them».

Thinking about the tragic world situation linked to the pandemic, the former Archbishop of Manila invited the faithful to trust in God «who will always reveal himself as an open door» and, after having completed the Act of entrustment, implored the Archangel so that «he always remembers in his heart all those who are in suffering and who have recourse to him».

Your ticket for the: “Michael remember us in his heart”: card. Tagle at the Sanctuary

“Michael remember us in his heart”: card. Tagle at the Sanctuary