On 2 October the docufilm “Libera nos. The triumph of evil” was presented and screened in the Beato Bronislao Markiewicz Auditorium.

The feature film, produced and directed by Giovanni Ziberna and Valeria Baldan, tries to answer questions such as “Who is the devil?”, “How does he act?”, “What are the weapons we have at our disposal to defend ourselves?”, “What is it? the role of the exorcist? ” in the light of the Christian faith and the constant teaching of the Catholic Church.

The work distances itself from a cinematography more interested in the horror and sensationalist aspect: the authors, in fact, wanted to bring back and tell the minister of God in his luminous exercise of the mandate of Jesus given to his apostles and their successors of ” cast out demons in His Name ”.

As underlined by Father Francesco Bamonte, President of the International Association of Exorcists and theological consultant for the film, exorcism is “an event of prayer by virtue of which God’s grace and his salvation break through and darkness is overcome and driven out of the light. “.

Words of greeting and introduction were addressed to those present by the rector of the Sanctuary, Father Ladislao Suchy, and by the mayor of Monte Sant’Angelo, dr. Pierpaolo D’Arienzo. The screening was attended by a large audience, really interested in the subject and, in the end, very grateful to the directors for their realization.

At the end of the evening, guests were given a reproduction of the Archangel’s sword, an object that visually recalls the continuous battle that every man must face against the devil and his seductions. 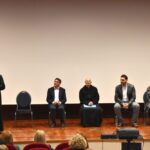 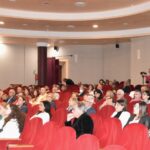 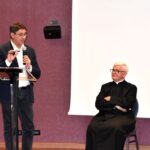 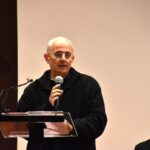 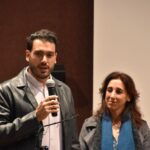 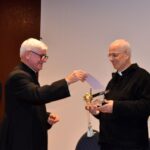 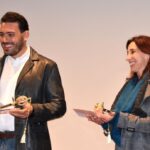 Your ticket for the: “Libera nos”: the docufilm presented